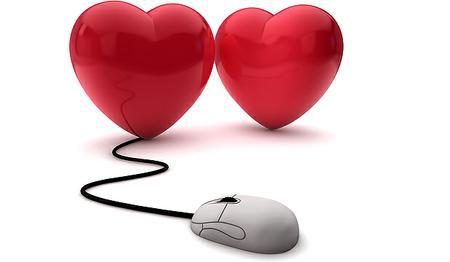 If you’re like me, you probably have a few horror stories to tell about relationships you should have never gotten into. Like the girl who was quite literally so insanely jealous, that there would be hell to pay if a pretty woman so much as entered a restaurant we were in. What was I thinking? I stuck with this woman for way too long and ultimately, she cheated on me! That was the best point to end it on, with a laugh.

How to avoid crazy girls

How to Avoid Crazy

There are things I look for now, and things I try not to focus on too much. Drop dead gorgeous is nice to look at but highly dangerous, be very wary. Don’t do as I did and stay in a bad relationship simply because she’s a knockout. Better, don’t get involved in the first place. Don’t care too much about looks, money or social status. You don’t have to avoid a woman who has those things, just be extra careful. If they base much of their own self worth on those things, they are certain trouble.

Instead look for a woman who can smile with her eyes, nothing says more about a person than their eyes, and a smile there comes from deep within. Ideally you want someone who likes to ask questions, and likes to listen. This is someone who is intellectually curious, who will have the ability to be interested in things you too find interesting. Her ability to listen tells you that she values your thoughts as much as her own. You want someone who is optimistic, who not only cares about people, but believes in people. One good conversation is enough to find out if she has those qualities.

I’m not going to be overly specific about great spots to meet girls, as many of you reading don’t live in Salford, UK. However I do have some suggestions as to where you are more likely to meet girls who aren’t crazy.

Meetup groups about subjects you yourself have a passion for. You are guaranteed to have something to talk about. The whole point of anyone showing up to such a meeting is to meet up. You will have ample opportunity to have that good conversation you’ll need to size up her sanity.

Bookstores provide a great opportunity to strike up a conversation about things you are interested in. Hang out in the section of the store that interests you and women who interest you will pretty much come to you. Be chatty and helpful, and one thing can lead to another.

Standing in line waiting, can provide the most serendipitous of opportunities. Look for smiling eyes. Complement their smile, strike up a conversation. If you seem to hit it off, ask her right there if she has time for coffee, right now. If not, maybe later? Have that conversation. Shoot, I met a girl once waiting on a red light. It started to rain, I had an umbrella, she didn’t.

Walking a dog in the park, you’d be amazed how many conversations others will strike up with you. Offer to walk your friend’s dog if it’s cute and you don’t have one of your own. Sit on a bench with it nearby to make yourself approachable. Babysitting your friend’s kids and taking them out to the park is a great way to meet others who will be very receptive. Just always be sure to have that conversation.

Wandering a museum if that sort of thing interests you will net many opportunities to get to know interesting women. For the most part, such women if they aren’t the depressed sort, will tend to be sane.

Taking classes, especially at the gym, you will meet far more women than men. If you are new to the class, you’ll have ample excuse to let them teach you, which is a start to a conversation. Beware of the overly narcissistic, but fortunately, they won’t be the ones inclined to help the newbie.

The number one best way I’ve found to be the darling of a whole lot of women is to take a dance class. There will be far more women than men. I’ve been in classes where I was the only male. The opportunities to have that conversation are replete!

How to be of interest to the women you meet is perhaps a subject for another post. I’ll just say, be honest. Certainly put your best foot forward, but if you are looking for any sort of serious relationship, any dishonesty in the beginning will ultimately be found out and very likely ruin any chance you might have had with any sane woman.

Thanks for reading.
Bart